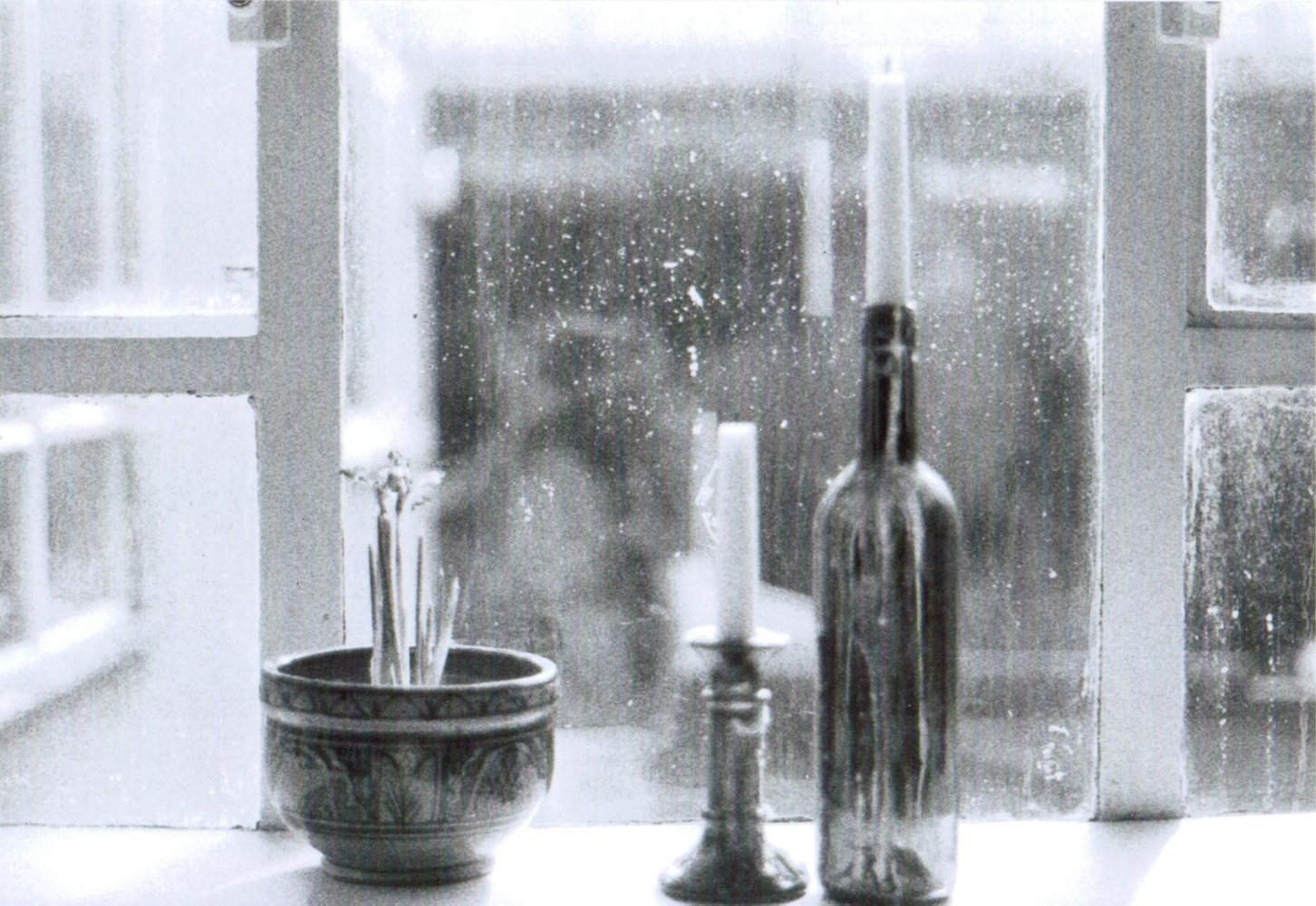 Well, it’s raining. My room has sprung a leak, and of course, there’s been a power cut along our road. Rather than enduring the feeling of damp bones as drops from the ceiling echo into the bowl placed below, I’ve evacuated to the kitchen. I now sit with a candle, paper and a pen. Dinner is bubbling away on the stove (we have gas) and I’m stealing this unexpected pocket of time to write something, anything really. It’s all very antiquated. A relic of eras gone by.

Power cuts are peculiar, in that they show you just how much of your life has come to rely on electricity. Your instinct is to groan. Mild irritation before rationality hits; it’s temporary. A disgruntled house-mate, newly returned from a trip away, has left to shower at a friend’s house. Seemingly simple conveniences, like washing, have been taken away by the outage. Power showers, you understand – another luxury like all the others that have come to punctuate daily existence in the time and place I live right now.

To be exacting about it, the candles lighting my page and the pen held in my grasp are very much technologies too. I’ve recently begun reading Living in a Technological Culture, by Mary Tiles and Hans Oberdiek. A twenty-year old book that is speaking to some of my recent thoughts. Our lives are shaped and formed by technologies; and in taking this from a person, are we stripping the human from their being? I’d like to believe we are more than that; more than the artifice that has become naturalised into insignificance. Yet today, when the power cuts, I’m reminded of how much my life requires technology. How much human history has been defined by technology. And that what I do, simply everyday things, presupposes the certainty of having a flow of power. It’s surreal to think about how we lived without this. If only because I’ve never known a world without electricity.

Silence bounces in the space around me. It’s beautiful, and rich. I have no obligation to tweet or text, update a status or stare unwittingly at a blog post. I don’t have to look at a screen. Something that those friends who choose to use these things less may not fully understand. I can’t use the kettle or radio either, two staples of pleasure in my time, but it’s nice. Refreshing even. Silence bounces through the space around me, because the only source of sound tonight would be my own voice, or the dusty ukulele I have upstairs. The candle leisurely flickers before my eyes; why have I not allowed myself these moments sooner? Truthfully, my phone still has battery life. I’ve left it upstairs, but if I wanted to, I could still call my family or a friend. It strikes me that I would be lost without power. The daily tendrils that stretch to the people I love rely completely and utterly on electronics. A phone call here, a funny photo there, the quick message you send before you dash off, marching toward whatever lofty dream you’re chasing. Sure, I’d find a way to visit more, write letters, perhaps even reconsider living away; but that frequent intersection of your separate lives would cease to be. If power outage was a permanent state, modern living would behave quite differently.

I’ve been chasing a less frenetic pace for a while now, somewhat fruitlessly I hasten to add. I guess it’s slow living, but the phrase strikes me as loaded with privilege. Though certainly, I do desire something less frantic, less overloaded and with just a bit more time to breathe. I’ve deleted my profiles from some places online, yet total disconnection is not an option now. That balance between seeing real smiles rather than virtual smiles is an elusive one to find. It’s silly, because instinctively I know that it’s real smiles that saturate life so much more. Time is money, but time is something money can’t buy back. So you steal it when you can, and fill in the rest with dashed connections. Distance means nothing when you’re a modem away, but it’s everything when you close the screen and power down before the new day.

It’s been a few hours now. The power is still out, and the candle wax has begun to drip over the top of the wine bottle holding it. I’ve forgotten what my point was, if I even had one. The silence was broken by another house-mate returning from work. We talked over dinner and our laughter caressed the candlelit air. I want this with everyone I hold dear. Power outs, and those pieces of time with each another to be amplified by a dimly lit surround.

P.S. The Power Out is also the title of an album from mid-00s band, Electrelane. Have a listen here.