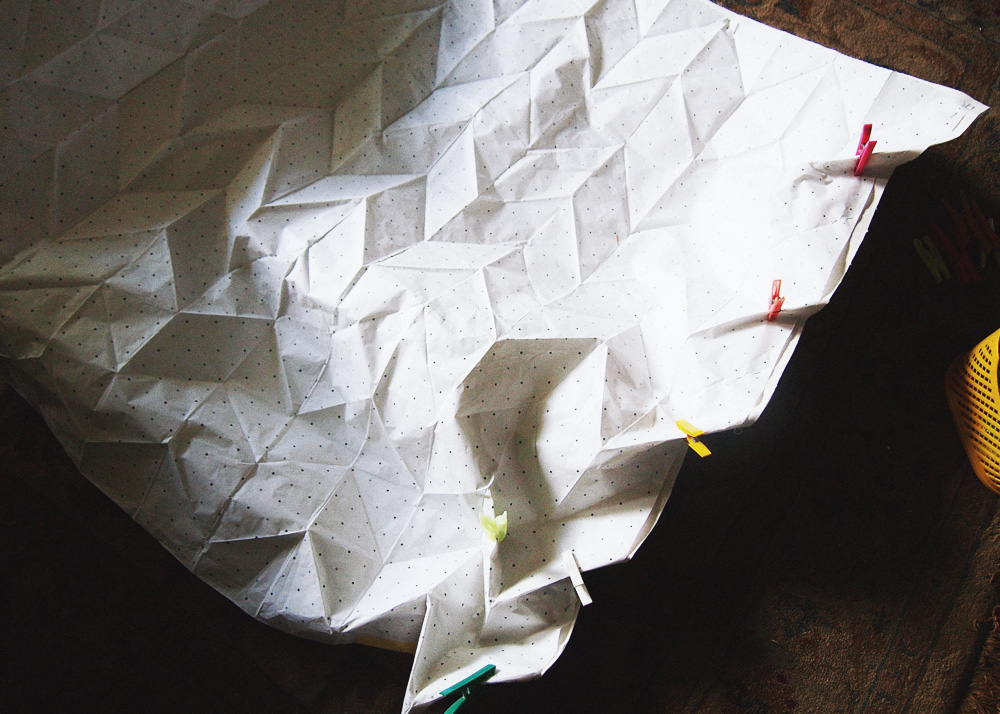 My original plan for this post was to publish it alongside a video of the No Boundary Between piece. However, last week my hard drive decided to throw a little hissy fit and foolish me had not backed up the data. A year of photos and all my documentation from the show were lost. I somehow managed to recover almost everything prior to that, but late 2013 – 2014 is a complete blank. In a weird way, I actually didn’t mind when I thought I’d lost everything. It felt quite freeing and a good jolt to remind me it’s time to make new work, take new photos, have new experiences. I’d rather not have lost the documentation of my work, but my life – pah, that is happening now, right?!

Anyway, rather than let these process shots linger in the drafts, I thought I’d let them loose. The last vestiges of this project. You can see my smiling face above which is rare when I usually make work – mostly it’s grimaces and swearing until about a week after the end. My part for No Boundary Between involved folding two sheets of paper in the tessellation pattern, sandwiching canvas fabric between, refolding (yes, using clothes pegs to help) and pressing it all. Chris used a scan & glitch process to create the distorted images before he melded them together into a video file. Anyway, the great thing about this project was that it got me making stuff after a year of freaking out about making stuff. And I’m now thinking that maybe I can actually try other art forms and not necessarily always concede defeat to the conventions of fashion. Perhaps it’s conflated ego talking, but that was quite exciting on a creative level.

Related projects: See the complete project in No Boundary Between.

Hello, I'm Leah. A textile artist and content designer based in London, UK. I turn complex ideas into things you read, wear, see and feel. END_OF_DOCUMENT_TOKEN_TO_BE_REPLACED