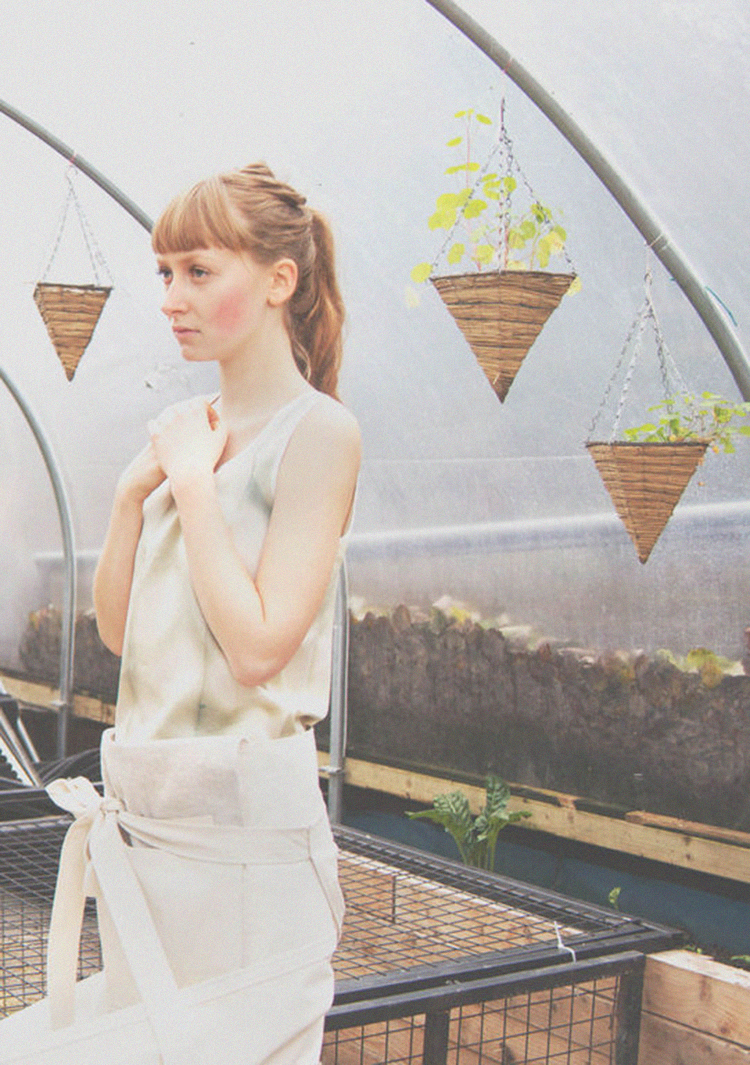 Some time ago, in the frantic rush that was probably just graduate panic, I found myself stumbling through the blog on Kate Fletcher’s website. An internet adventure that led me to discovering the Fashion & the Environment course – now reconfigured into the Fashion Futures course that I’ll be undertaking soon enough. I mention this as a precursor to the post today, because I’ve recently been revisiting past work as a result of a prompt set a few months ago.

I’m a thinker, usually. I like ideas. Clever ones especially, that get me to question things I thought to be right and true. And one such idea was presented in the collection of Thalia Warren, graduate of the 2013 MA Fashion & the Environment group. It’s a simple one, this idea that intrigued me, yet clever. In my previous work, I’ve favoured this notion of timelessness. Trying to create non-seasonal collections that contrast the trend-driven mold the fashion world exists in. It’s not an original idea and I almost certainly stole it from other designers, but it seemed to work for a time. It’s also possibly one of the hardest things to do effectively, especially when you are essentially gearing up to work in an industry which seemingly invents seasons as and when it requires, and wants you to work at a pace that is only ever set to immediate.

But herein lies the ingenuity of Thalia’s collection:

“The majority of colours in the collection are from plants sourced within 15 miles of where I live in Dalston. Local, seasonal colour is not based on the accelerated pace demanded by the fashion industry but brought back to a natural seasonal cycle.”
Thalia Warren (via Pop)

Rather than fighting against the seasonal system the fashion industry uses, Thalia’s collection playfully nods toward it, but reinforces that seasons are very much a natural phenomenon. The collection itself is a quiet kind of striking. Delicate hues, layered dyed silk and stark canvas, and deliberately ‘naughty’ knickers. It’s unassuming, yet provokes an element of fun. If there’s one thing I know from making clothes myself, it’s that often, design is nuanced by the subtler details that you most certainly cannot see from a (wonderfully composed) photograph on a computer screen. Reviewing a collection without more information seems superficial, yet I do think that the ideas in the work are wonderfully considered and successfully accessible to more than a knowledgeable few. It’s the kind of work that seems to stare the industry straight on and very gently poke fun, whilst still promoting environmental concern.

Sadly, Thalia does not seem to have much online presence for now, save for UAL’s Showtime. A little digging located this interview with Pop but very little else. Nevertheless, it goes to show that sometimes, the simplest of ideas are often the most effective within design practice. It’s something I’d do well to remember, given how complex my project ideas can become. Photography by Agnes Lloyd-Platt. Clothing by Thalia Warren (via Showtime)

Hello, I'm Leah. A textile artist and content designer based in London, UK. I turn complex ideas into things you read, wear, see and feel. END_OF_DOCUMENT_TOKEN_TO_BE_REPLACED