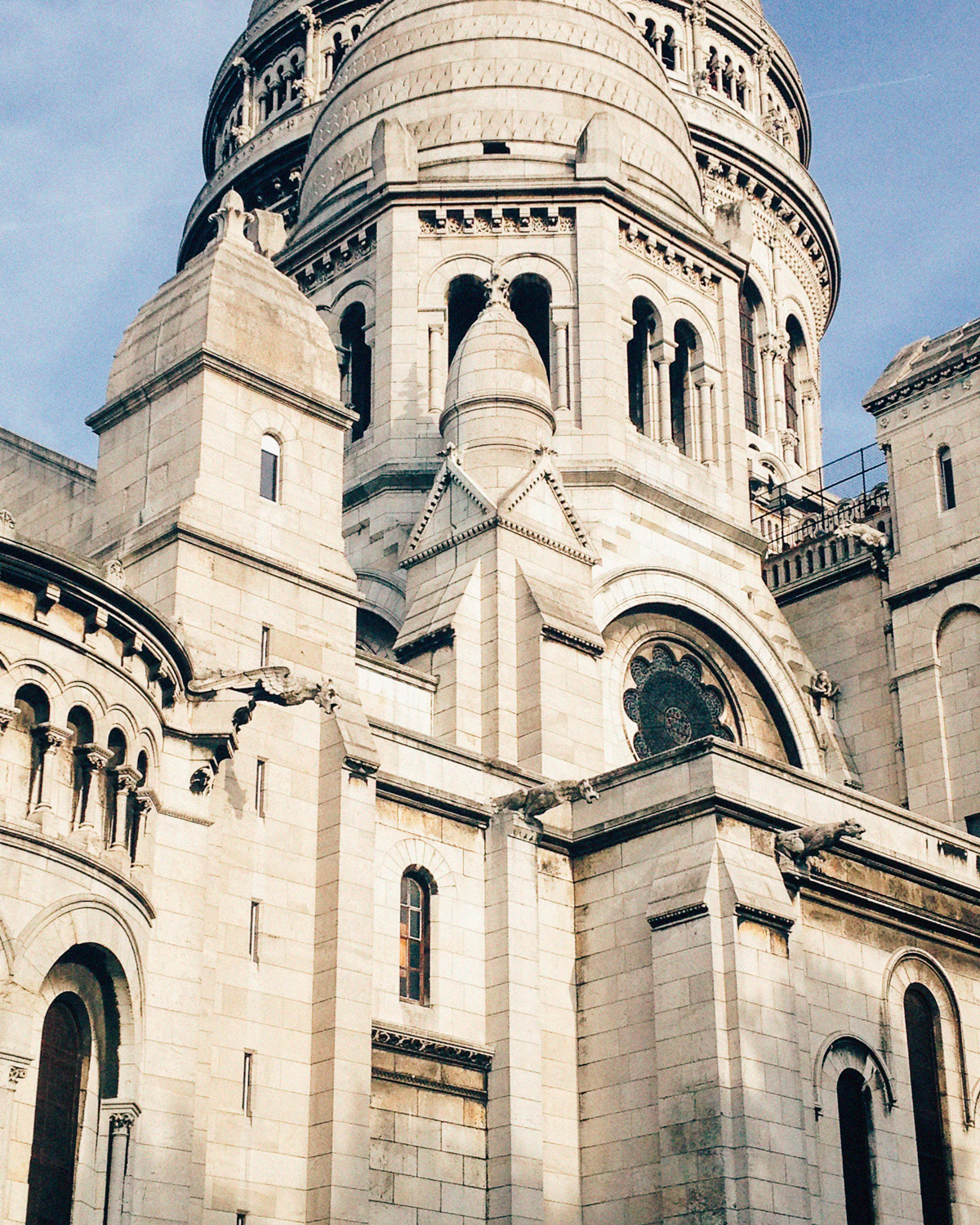 Let’s break my radio silence on here with a hark back to Paris again. This time, we’re at the Sacré-Cœur Basilica. A beautiful church-slash-tourist attraction in the Montmartre area of Paris. Since it was one of Margaux’s favourite places in her hometown, she very enthusiastically wanted to take me there. And I, ever the obliging guest, let her do so.

From the base of the hill, Sacre-Cœur stands proud; it dominates like a three-tier cake, except much less edible. It looks as delicious as a cake though, with the cream brickwork, pointed domes and corniced features. Once we’d walked to the top, and snapped the obligatory selfies to a backdrop of Paris, we sat down on the steps to take a breath. To talk and pause for a moment too.

As we sat, just gazing around at everyone surrounding us, a man got up on the wall before us. Beside him, a stereo and in his arms, a football. The music started. Instrumental and grand, it coalesced with the heat of the sun and the view overlooking the city. And then the tricks began, and the ball glided between his feet, arms, chest and head. For 5 minutes at least, we were all transfixed. Margaux, me and everyone around us. I’m told such sights are common by the Sacré-Cœur, but since this was new to me, I was rather impressed.

The crescendo came when the man scaled the lamp-post next to him. He, as you can see from the one photo I managed to capture below, posed and continued his tricks whilst suspended from the light. Bearing in mind that he was above a hefty drop, it’s not surprising there was a collective intake of breath the one moment he very nearly fell. However, ever composed, he saved his grip and then slowly came down to finish off his performance.

It was, as you can imagine, quite a moment. After that, we went inside the Basilica. There is something beautiful about the stillness that churches often have. The echoes that bounce around the architecture, the quiet and gentle light that illuminates the space. And inside, Sacré-Cœur excels at delivering it all.

Visiting Sacré-Cœur was, to return to my cake analogy, a tasty treat. Without really trying, the day delivered many moments which allowed us to stop. And with that, I see why Margaux was so enthusiastic about taking me there. The Basilica
A visit to the Sacré-Cœur in Paris, August 2015.

Hello, I'm Leah. A textile artist and content designer based in London, UK. I turn complex ideas into things you read, wear, see and feel. END_OF_DOCUMENT_TOKEN_TO_BE_REPLACED