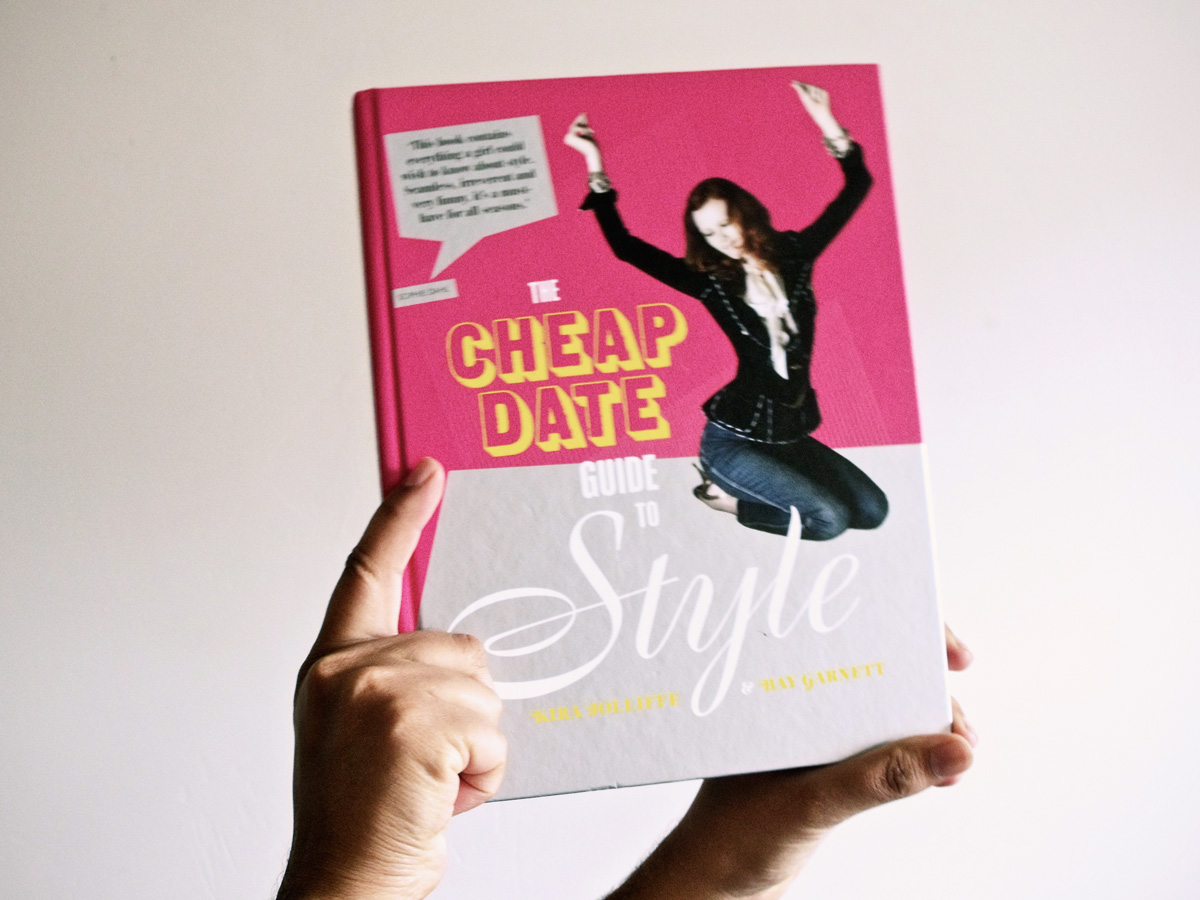 I often find myself wandering into introspection territory, thinking deeply about what makes us who we are. Whilst I generally believe these things are constantly changing, standing without a few stable supports is not always a productive position and prevents ideas from being galvanised when they strike. In these periods, I reflect more heavily on the pieces that have shaped my thinking so far: the snippets of my story, the things I’ve read, the people who have left their marks on the structure of my spine.

It is from this point that I start the Citations series – an attempt to unravel the multitude of influences which have paved the way to now. My naïve hope is that it helps identify those latent supports which linger at the wayside, and from this understanding, push onward. Without further ado. The Cheap Date Guide to Style

We start with book from 2007: The Cheap Date Guide to Style. A book which I first read aged sixteen, from the suggestion of various blog reviews around the time – Style Bubble and Bits & Bobbins to name two. Written by Kira Jolliffe and Bay Garnett as a spin-off from Cheap Date (an ‘anti-fashion’ fashion magazine from the early noughties) the book revolves around encouraging readers to use clothing as a canvas for self-expression and individuality, rather than sheepishly following trends. A quaint concept in the latter end of 2014, when fashion has become a minefield of choice and we are supposedly inundated with options for our various sartorial expressions.

The book emphasises ‘thriftiness’ mainly. Whilst it does speak of shopping from anywhere, I’ve always found that it is less about consumerism and more about remaining open-minded. That aspect strikes me as neither time-specific nor clothing-specific. We could sit and hyper-analyse the extent to which much imagery falls in line with norms in western fashion (specifically the binary of womenswear) but to do so would perhaps detract from the point. The Cheap Date Guide to Style is what you read when you want an unpretentious book to remind you about the enjoyable bit in dressing up. The book itself is just larger than A5 sized, hardback and the right thickness to not feel overwhelmed. It’s divided into roughly nine sections, which does include some ideas of ‘basics’ and ‘classics’. However, the overwhelming attitude is of embracing your individual spirit, experimentation and respect (of your choices and other people’s too) which makes it much less prescriptive than the title suggests. I want to say these are ideas that still exist in the fashion world at large, but I really don’t know. In some spheres possibly, but generally, it seems like the industry wants you vulnerable because it needs you to keep buying variants of the same thing. It takes some sense of assurance to be less susceptible to that.

I’m showing my current bitterness towards fashion there. Yet when I revisit the Cheap Date ethos, I do find myself remembering some of the elements that attracted me to this field in the first place: expressing yourself through clothes or otherwise, to figure out what you feel comfortable standing for (if anything) and in the process improving every time you create. And I feel that this is the underlying point of the book – that it’s all in tandem. Exploring who you are through these different avenues for expression can cause a neat feedback loop into your sense of place. It might look light and frothy, but that’ll take you much deeper than you expect. For the best part of 7 years, The Cheap Date Guide to Style has unequivocally influenced the way I think, not only clothes and style, but about creativity and expression too. Not everyone will agree ‘what looks good’ or even on the deeper values which underlie those seemingly harmless three words. But championing an open-minded, respectful approach is something we can all strive for.

Dressing up is not a rulebook, and even if it was, we have permission to rewrite it completely.

Hello, I'm Leah. An artist, designer and writer based in London. I turn abstract ideas into things you can read, wear, see and feel. END_OF_DOCUMENT_TOKEN_TO_BE_REPLACED