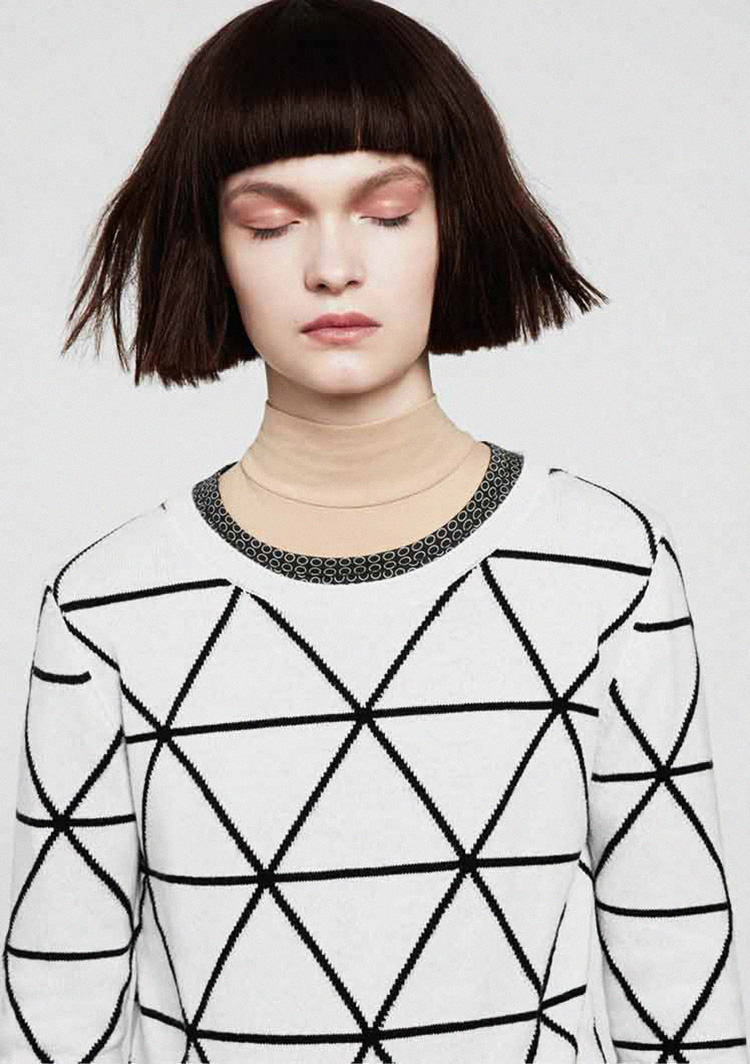 In the old livejournal days, when times were simpler and the internet was a small excited child, one of my friends made an animated gif of a tree with our in-joke, “I lobe trees” on it. I was 13 then, and displayed it for longer than is probably wise to admit to now. But, we can say this was the beginning of my now blossoming interest in sustainability – and obviously, a fondness for trees.

Like any good soul who wants to infiltrate a field does, research is the start. When researching Thalia Warren, I found knitwear label Chinti + Parker. As a sucker for a well-made website and design that does not rely on its ethical tag for a USP, I made mental notes to check back when I had more time. And check back I did, to find a collaboration with famed design studio, Patternity.

Giving Capitain Kirk and the Starship Enterprise a run for their money, the collaboration took inspiration from the patterns in our everyday environments. Repeated forms within modernist architecture, became a geometric pattern on the knit structure. And high contrast black & white photographs, became an achromatic colour palette – in may ways, very in keeping with that monochrome trend which made the rounds at the time.

I cannot comment too heavily on the construction nor production methods used having never seen the garments in person, but with the £400–500 price mark and a sustainable ethos espoused by Chinti+Parker, one would hope some semblance of endurance is apparent.

From a screen-based vantage point, the pieces strike me as fairly stylistically versatile. Likewise, within their online space, Patternity do a beautiful job of visually linking you between these original inspirations and the resulting pieces, through both photographs and video. The quirkiness in styling takes the edge off any harsh modernism, yet retains a degree of hipness for the presentation of what look to be, ultimately very simple clothes. In all, providing a wonderful cohesion and adding greater depth to the resulting imagery.

Although there are no trees in sight, the strength of this work lies in the subtle tie between our architectural environment and the natural environment we rely upon. One, a playground for a society, and by extension fashion, to exist in; and the other, earth, a place we call home. I’m a firm believer that ethical clothing can successfully partake in a fashion dialogue, and this collaboration lends itself as evidence for this hypothesis. All images taken from Patternity.